So here’s a sentence I never thought I’d honestly be able to write, and it’s not meant to sound boastful or anything, but…

I know a cosmonaut, and he’s currently in space.

I am even lucky enough to be on his “friends and family” list, which means that while he’s been in space, I’ve been able to email him, directly. Of course, the guidelines that came when I was informed I was on the list, were quick to point out that since my messages weren’t going to be screened I should be sure to think of his “psychological well-being”.

How’s about this for trivia, in space, astronauts have email addresses that only work while they’re on orbit! (And there was me all excited when I finally got a BBC email!)

Obviously, the guidelines, which also ask that I don’t forward any messages to a journalist (err..), mean I’m not going to say too much more about this, suffice to say that it was an incredible honour to be able to stay in touch with someone while they were living on the International Space Station. My 89-year old grandmother has been enjoying it too, since my cosmonaut friend, Anton Shkaplerov, sent her some greetings from space. “Oooooh!” she squeaked, “I can’t wait to boast to the WI about this!”.

My granny remembers Yuri Gagarin going up into space, and now she’s excited by another Russian in orbit. It’s truly wonderful.

Anyway, that’s not the point. The point is, that I know a cosmonaut, and he’s in space. Until tomorrow.

Tomorrow, Anton and his two crew-mates, will be undocking from the ISS, their home for the last six months, and heading back to Earth. They’ll travel back in their Soyuz capsule, landing in Kazakhstan at around 12.45pm UK time (if I’ve got my time-zone conversions right). 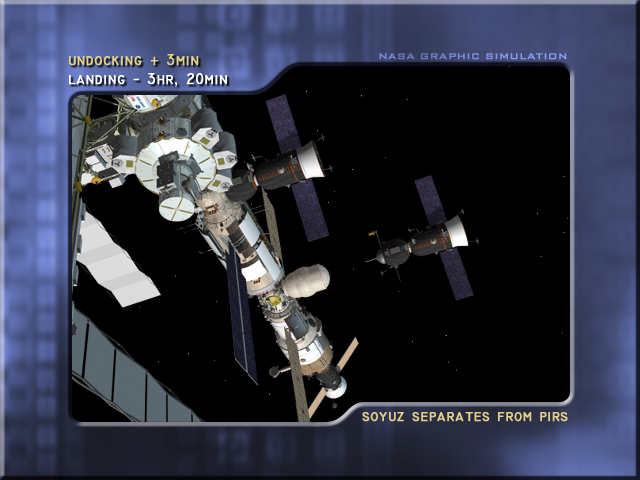 I can’t help it. I care about people. Suddenly, space becomes very real. It’s like the moment I watched Paolo Nespoli begin his long-duration space adventure atop of a Soyuz rocket. For all the coolness of a rocket launch, suddenly it was my friend, sitting on top of an awful lot of rocket fuel, with someone (figuratively) about to light the touchpaper. It changes things. It makes them real.

Sometimes space is untouchable, magical, slightly unreal – I’m sure I’ve used this metaphor before, but space is like father Christmas – you know it exists, but you’ll never meet/touch it.

When you know someone in space, it all becomes more real. Of course it’s still magical, so magical that I’m overwhelmed and humbled every time I receive a message from space (- from actual space!). How incredible to share that adventure first hand.

But now Anton’s coming home. Gran will be sad not to be able to say “I’m nearly 90 you know, and I’ve got a friend in space”, and I am feeling nervous. I know it will be alright, but this is my friend. My friend is coming home from space tomorrow, and I can’t help but feel a bit on edge. Please wish him a safe flight (and non-ballistic landing).

1 Response to "Space is real"