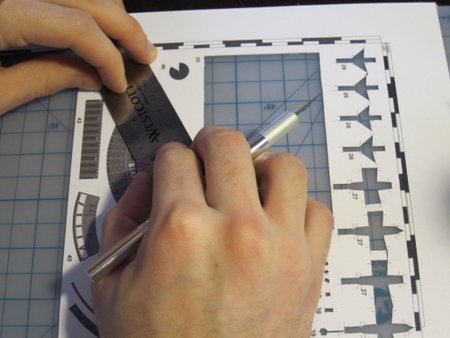 It’s a rainy day here in Portland. Oregon, so what is a space geek to do if they want to stay warm and dry? Well, how about making some space models?

It all started with a tweet about Lego shuttles. A bit of research showed you could purchase a Lego shuttle kit, which is frankly awesome. A bit out of my price range, and too large for my suitcase, the next thing that caught my eye was a-build- your- own shuttle glider. I NASA sheet that I picked up at Science Hack Day in California. 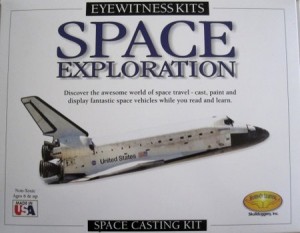 It was only when I got to play with the simple plaster of Paris space kit that I bought for fellow space enthusiast@Natronics for Christmas that I actually got the chance to have a go at building my own space models. It was lots of fun. I chose a pretty basic kit which came complete with moulds for a space shuttle, Saturn V and Apollo command module, and the added bonus that if plaster isn’t your thing, you could always think about using the models with chocolate!

Here are the results: 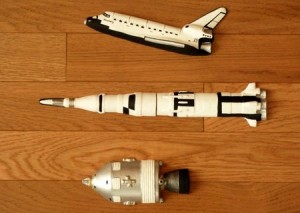 These were easy to cast and fun to paint, though you might need a better paint-brush (and a fine-tip permanent marker if you want to get the small details on neatly).

From there I was inspired to look at other models that are available. There are a few that you can buy in the visitor centre shops at JSC and KSC, but they are pre-made, and some lack accurate details. Amazon (in the US at least) stocks quite a nice variety of shuttle models, but they can be quite expensive, and you have to wait for them to be delivered. What do you do, if, like me, you’re impatient to try something new, and try it now? Take a look at paper models instead.

It turns out that there are some really incredible space models that you can make out of paper, with some astonishingly intricate designs. If you look hard enough, you can find a whole range of them online, print them, and get building as soon as you like. Best of all, most of them are free!

In order save you time (and your eyes – paper modellers design great models, but websites? Not so much!), I’ve searched through a range of websites and chosen a good selection of models for you to try. I’m yet to start building (I’m so spoilt for choice), but I think that this will be an excellent way of learning about the vehicles. The detail on some of these is spectacular, with little recessed fuel caps, delicate escape towers and 3D umbilicals. I believe in ‘learning by doing’ and this seems the perfect way to try.

To make these models you will need a colour printer, card-stock, a cutting mat, sharp craft knife, and paper glue. So take a look at my selection, get crafting and learn all about the rockets that took men to the Moon. (Perhaps it’ll inspire you to design a rocket that can take me there someday! – hint hint!)

There are several options if you’d like to make a space shuttle:

For fun with kids/educational purposes (or as a replacement for an angel on the top of your Christmas tree) – check out NASA’s Shuttle Glider. The nose is weighted so that it does actually fly.

Delta 7 studios offer various free models if you look around their site. These include a free Columbia Memorial Shuttle Model which comes with a pattern so that you can make a paper stand for your finished model.

The Lower Hudson Valley Paper Model e-Gift Shop also offers free shuttle models – including a 1:300 scale shuttle and a 1:200 scale shuttle stack (which apparently fits the Delta 7 shuttle, but I’m not sure)

For those of you, like me, awaiting the launch of STS-133, might I recommend the amazing AXM Paper Space Scale Models site and in particular, this model of space shuttle Discovery, with the correct mission markings. It’s a 1:144 scale model and it’s free.  The external tank and SRBs to the same scale are free too.

For a little cash ($5.50 in fact), you can purchase the STS-133 payload kit to make models of the actual payload of this shuttle mission (payloads for some previous missions are free on the site). It’s pretty incredible!

This site also has model kits for the Mobile Launch Platform and Crawler with a little bit of history thrown in for good measure. You can even download the correct banner for you mission to hang on the side of the launch platform!

But no launch vehicle would be complete without an astronaut to fly it, right? So why not make a paper astronauttoo? (Actually, this one is given an 8/10 on the difficulty rating, and once you see the fiddly parts, you might think again). It’s at 1:96 scale, so better if you’re making bigger rockets.

There is a 1:96 scale Mercury Redstone 8 available free from Delta 7 Studios which is rated as a level 2 difficulty (good for beginners)

If you fancy a bit more of a challenge, this Mercury Redstone 7 at 1:48 scale* is a wonderful model, but be prepared for it to take you some time to make. *Sadly this site no longer seems to exist – if you find an alternative please let me know!

Real-life rocket scientist Nathan Bergey has been hard at work building this particular model, which looks great, if you’re prepared to put the time in. There are pretty decent instructions to walk you through the assembly.

The model rocket doesn’t stand up on its own due to the detail of the veins in the business end of the rocket, so you might like to build Laszlo Vadasz’s 1:48 scale launch table for it. You can find that, along with instructions and parts for a Russian Soyuz on this Hungarian paper rocket site.

There is a mini Saturn V model at It’s 1/500 scale with a difficult rating of 4. 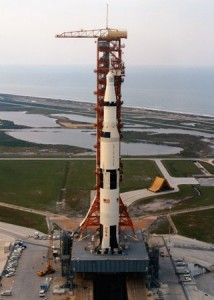 If you want to go really really big, and stick with paper, the scans from the August 1969 edition of Airspace Model magazine are here to help. You can build an 8ft/2.4m tall Saturn V! (You have to draw your own parts though.

While you’re building these models you might be interested in taking a look at the Saturn V blueprint posteravailable on the Lower Hudson Valley Paper Model website. For even more detail on the Saturn V and the its launch sequence hold pattern the Apollo Flight journal from NASA’s history pages is pretty cool.

Currell Graphics offers a whole range of models, but the most interesting one for the space fans among you is probably the Scaled Composites SpaceShipOne model Laszlo Vadasz offers an improvement to this model in the “Tips” section of his website here.

I was lucky enough to see the launch of SpaceX’s Falcon 9 (here’s my blog about it) – now I can make myself a paper Falcon 9 at 1:100 scale. 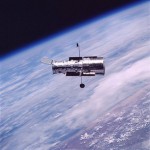 If you’d like to learn a bit about the space craft that come out of NASA’s Jet Propulsion Lab, check out their nice collection of scale models that you can build.

NASA also offers another set of paper models which these include Hubble and the James Webb Telescope. 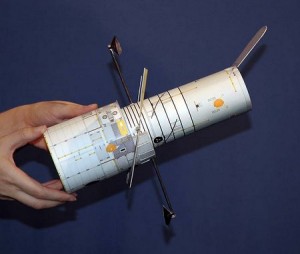 ESA also has a set of paper model kits which include Mars Express and SOHO.

This site is in Japanese, but they have some lovely looking lunar globes for you to try out (probably somewhat simpler than some of the rockets I’ve mentioned)

Here’s a simple black and white Mercury Capsule from an original McDonell handouthttp://ninfinger.org/models/papermercury.html

There’s a very big Internaional Space Station model if you’ve got space to hang it from your ceiling.

There are a whole range of science fiction models listed on the Lower Hudson Valley Paper Model site, all free for download. They include the USS Enterprise and the USS Defiant from Star Trek, an X-Wing and ATST from Star Wars and even the nautilus and squid from 20,000 leagues under the sea. Have fun!

CoolSciFi.com has a discussion thread about a range of science fiction and other free models. There are good long lists for Star Trek and Star Wars fans, but it also caters for those who like Alice in Wonderland. (Though sadly their link to a Chuck Norris paper model doesn’t appear to work.)

Mike Hungerford’s paper models page has a few cool flying saucers and his site, Chthulhu.com also has a nice reference sheet which mentions some of the sites I’ve searched and a few new ones. They also have the handy hint that you should download the models to your computer before printing them, else you may end up with jitters in your printouts.

There’s an enormous list of other useful sites at spacestation42.com

Phew! That little lot should keep you busy for a while! If you do manage to build any of these do please drop me a line and let me know! I’ll happily feature your photographs if you’d like to share them!

If you prefer to steer clear of paper, and want to play with 3D computer models, NASA offers a great collection of 3D models of astronauts, shuttles, space suits, satellites, tool and more for you to download.

4 Responses to "Make some space!"