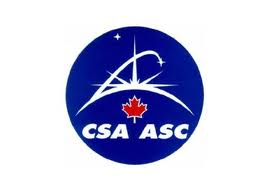 In comparison to NASA’s (approximately) $18 billion budget, the Canadian Space Agency (CSA) budget of $300 million looks like small change. Despite this, Canada has a presence in all of the major space disciplines and is a highly regarded international player. In a world where “No bucks, means no Buck Rogers” (so said Gus Grissom), how has the Canadian Space Agency done so much, with (relatively) so little?

Graham Gibbs, formerly of the Canadian Space Agency, lays out the key points to enable small space-faring nations to “play with the big guys” in three simple steps:

Know your interests and areas of expertise and work closely with them. It’s critical to work with research centres and academics he says. Make the most of the expertise that you have and if you want to ensure continued investment, it is important that you serve your key national stakeholders. In Canada, the CSA provides use and value to departments of industry, defence, environment and many more. Deliberate and focussed investments have also aided Canada’s success in space. It was an intentional choice not to develop a launch vehicle, but instead focus on elements such as robotics where they have clear strengths.

Use international cooperation to your advantage, but be careful to ensure that you are always adding value in these partnerships, says Gibbs. It’s important to be reliable and and add value so that you become a not only a welcome, but desired partner. This will help open up other partnership opportunities in the future. 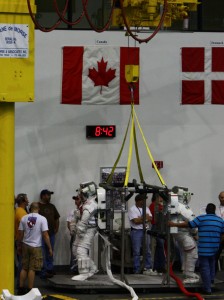 Visibility is important on both an international level, ensuring that your contribution has a visible value to help boost your standing within the community, and on home soil. Public support for your space programme is a powerful tool, especially when it comes to leveraging political opinion. The “Team Canada” approach, as exemplified by the presence of the word Canada beside a Canadian flag on both the shuttle and station robotic arms, has really pushed public awareness of the Canadian contribution to human spaceflight operations. It’s also important to participate in global programmes and conferences so that you are front of mind with international partners. Gibbs puts the success of the Canadian Astronaut Corps in part down to the fact that they are full-time astronauts, taking part in operations at Johnson Space Center (e.g. Chris Hadfield as CAPCOM) aside from their training commitments. Being valued members of the team and being visible is always an advantage.

Gibbs also commented on the fact that Canada is aware of their limitations. They know that they are still a small space-faring nation and don’t try to go in calling the shots. This level of modesty and diplomacy is likely key on the international stage.

So, if you know a small or emerging space nation and want to give them some advice, send them this way. I’m hoping that the UK, with the newly formed UK Space Agency, will be sensible enough to follow Canada’s lead and gain itself a well recognised and respected place in the world space community.

If you’d like to hear more from Graham Gibbs you can listen to this short interview I did with him: