Did you know? UK celebrates 50 years in space 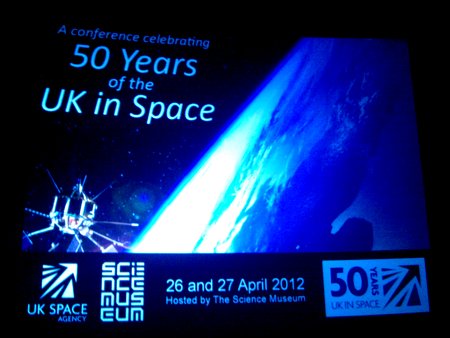 If I’m honest, (and I like to think I am), I’d have to say that until this week I didn’t realise either, but now I’m uncovering the story I thought I’d share it with you.

50 years ago, the UK’s first satellite, rather charmingly named Ariel-1, after the sprite-like creature in Shakespeare’s The Tempest, was launched. This meant that the UK was only the third nation, after Russia and the US, to put something in orbit*.

That’s not the only reason the mission was special, it was also the first collaborative launch project. All but one of the experiments carried on Ariel-1 were from UK universities and NASA provided the launch vehicle.

The experiments were designed to study the ionosphere and its relationship with solar radiation. They included cosmic ray, solar emission and ionospheric experiments.

After a successful launch on 26th April 1962, Ariel-1 began sending data back to Earth. Ariel-1 was due to work for a year, but there is an unfortunate twist in the tale. In early July the satellite suffered radiation damage from a high-altitude nuclear test conducted by the US Airforce. Such was the power of the explosion, it temporarily created an additional radiation belt around the globe!

When news came in that Ariel-1 was“misbehaving” UK scientists tried to work out why. Even once the Americans came to the conclusion it was their experiment that had put Ariel-1 out of action they kept that knowledge to themselves. If fact it was only revealed when the US made a formal announcement, and they didn’t even talk to the UK about doing that!

Recently declassified government papers held in the National Archive confirm this, and are well worth look.
(For your convenience and listening pleasure I suggest that you listen to this special episode of the SpaceBoffins podcast since they have had highlights of the correspondence voiced up by actors).

There is some irony that it was the country we partnered with for our first satellite launch that was also responsible for its demise.

Ariel-1 struggled on, sporadically sending data back until finally being switched off in 1964. At the recent ‘UK in Space 50′ conference several of the original teams who worked on Ariel-1 and subsequent Ariel missions were present. They spoke about the importance of the data collected and how our involvement shaped the UK’s space science programme. Professor Peter Willmore, who actually worked on Ariel-1 concluded that “the encouragement it gave to instrument development was probably as important as the direct outcomes of the mission”.

* We’re only the sixth nation to put something in orbit using our own rocket. This occurred in 1971 when the satellite Prospero was successfully launched on the Black Arrow rocket, making it the first (and sadly last) UK satellite launched on a UK rocket.

Posted in Did you know? Events
2 Comments Posted by SpaceKate

2 Responses to "Did you know? UK celebrates 50 years in space"