The Association of Space Explorers (ASE) is perhaps the most exclusive club in the universe. To be eligible to join you have to have orbited the Earth at least once in a spacecraft. With the entire potential membership extending to only around 550 people, the association is full of national (and international) heroes, and plenty of people with space “firsts”.

At the start of July, the ASE held their 26th Planetary Congress in Germany. With an estimated 89 astronauts, cosmonauts, taikonauts (and an Ankasayan) in attendance it was an overload for the senses. A small group of spacetweeps were there to share the experience of the opening ceremony and several of the public and educational sessions. I was extremely lucky to be one of them.

As we arrived at the University of Cologne, Joachim Baptiste, Karen Lopezand I took a little time to get our bearings on the university campus. It wasn’t long before we found ourselves unwittingly walking into what could have been the greatest photo-bomb we’d ever achieve. All the space explorers were lined up on the stairs having their group photo taken and we were shuffling around behind them in awe!

The group broke up before I had chance to take a photo from the front and we quickly became lost in a sea of suited astronauts greeting one another. Alexey Leonov, the first person to do a spacewalk, snapping pictures of his colleagues. Italian Paolo Nespoli flashing a smile while Apollo 9′s Rusty Schweickart caught up with friends. I managed to track down Anton Shkaplerov, who I’d met before his first spaceflight, and thank him for sharing his mission with me via email. If only all my Mondays started out like this. 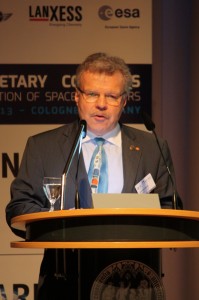 At the opening ceremony we heard from German astronaut, and master of proceedings, Reinhold Ewald and President of the ASE, Romanian astronaut Dumitru-Dorin Prunariu among others. They explained that the aims of the ASE, the only professional association for spacefliers, include facilitating conversation and cooperation between space explorers, educating and inspiring the next generation of scientists and explorers, and raising awareness of our environment.

With their unique perspective of the planet from space, many astronauts have returned to terra firma with a new appreciation of the fragility of spaceship Earth. They are keen to share their experiences and “stimulate humanity’s sense of responsibility for our home planet”.

During the five day congress in Germany, they didn’t just talk about the importance of education and outreach, but actually sent members to 48 different events around the country to talk directly with students and researchers. The huge logistic effort, and commitment shown by the spacefliers, must be applauded.

One of the most difficult problems to solve is how we make space “real” for people. Those of us who are lucky enough to have actually met “a real life astronaut” will remain in the minority, by virtue of the fact that number of astronauts per capita on Earth is tiny. Events like this that connect students with astronauts are priceless. While it’s not easy to quantify, I wouldn’t be surprised if the community day of ASE26 inspired a good number of people to consider science careers, perhaps even inspire them to follow their dreams to space.

“With so many astronauts here, it’s made it easier to get the magic of astronauts out. It’s not always about the details but the emotions” – Reinhold Ewald 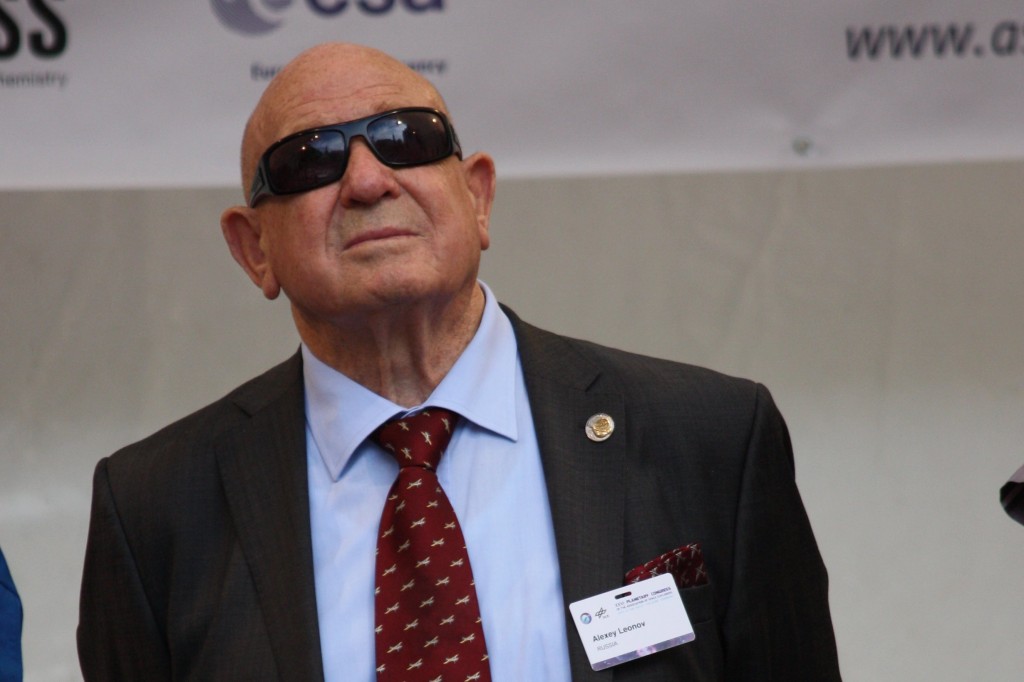 During the congress it was also interesting to hear a bit about the early days of the ASE. Founded by a small group of astronauts and cosmonauts (including Schweickart and Leonov) at a meeting near Paris in 1985, they discussed how they could make things better for Earth – “the whole Earth, not the East or the West” says Prunariu. Despite this, the effects of the Cold War couldn’t be escaped, and it wasn’t until 1989 that NASA allowed its astronauts to attend. The meetings tended to split into those who spoke Russian and those who spoke English, but then they started learning each others’ languages so that they could talk directly to one another. From the association’s inception through to today, part of the ASE mission is “to encourage international cooperation in the human exploration of space”.

With the International Space Station providing a constant home to astronauts from around the world, the spirit of cooperation in space seems strong. Let’s hope it stays that way. The expense and technical challenge of reaching new planets is almost certain to require international partnerships.