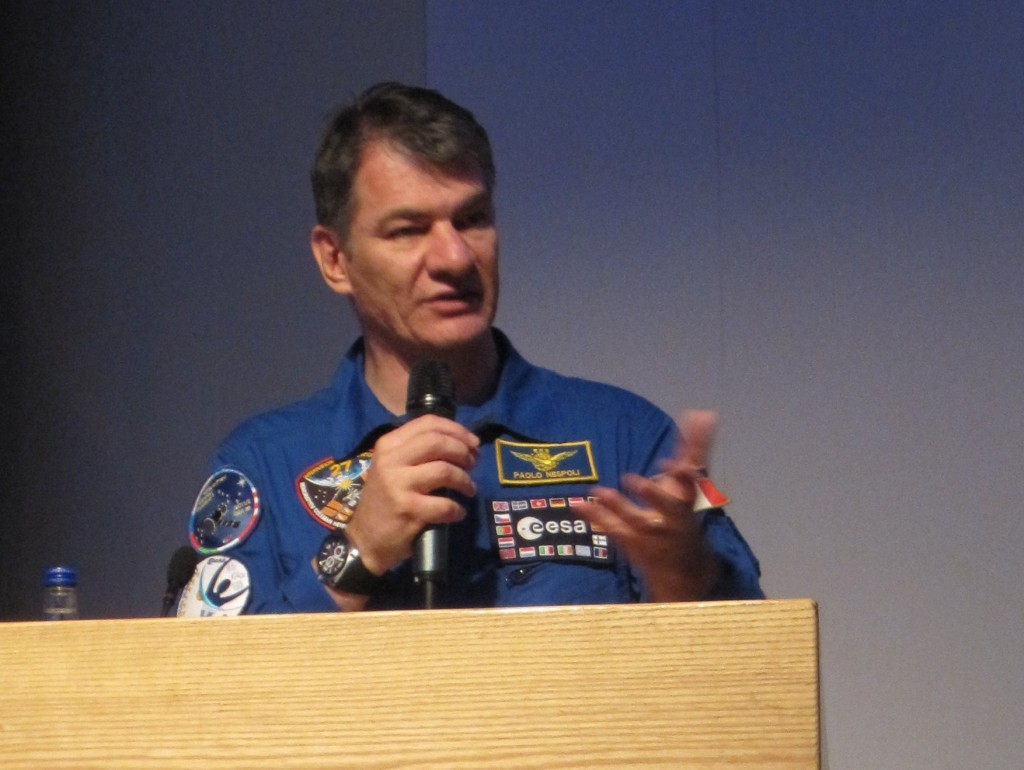 Paolo Nespoli was the first astronaut I ever met, and as well being completely wide-eyed at the fact I was talking to an astronaut, I was also quickly won over by his easygoing style of communication. He didn’t make me feel silly for asking the same questions he must have answered at least one hundred times over. He gave honest, enthusiastic answers. I thought he was just great.

I’ve had the chance to meet him several times since then and he’s never failed to impress me.

He was a natural on Twitter, tweeting photos from space, engaging people, asking questions and being playful. He’s a natural in person too, speaking in a way that can’t fail to captivate you. He talks with a cheeky edge of humour, making space seem that bit more real and approachable, and with obvious passion for what he’s been doing in space. “I’m an engineer” he says, suggesting poets, musicians and writers may be better placed to explain the wonder of space. But I think he does a tremendous job. The incredible photos he’s taken, the way he brings space to life, the warmth of spirit and patience with all those people wanting photos, handshakes, autographs.

I’ve worked with all sorts of guests in my time in radio. Some sound bored, some nervous, others have been given a message from on high and dutifully read it out. It’s the ones that speak from the heart, that engage, that connect – those are the “gold dust” interviews. The ones that fill you with pride for getting the right person on air. The ones where you know your audience will be hanging in their cars just a moment longer so they don’t miss anything. Paolo Nespoli would be one of those gold-dust guests. I’d not hesitate to have him on air, and would encourage anyone who gets the chance, to go see him speak – especially if you’ve got kids. You will not be disappointed.

Posted in Opinion Review
No Comments Yet Posted by SpaceKate