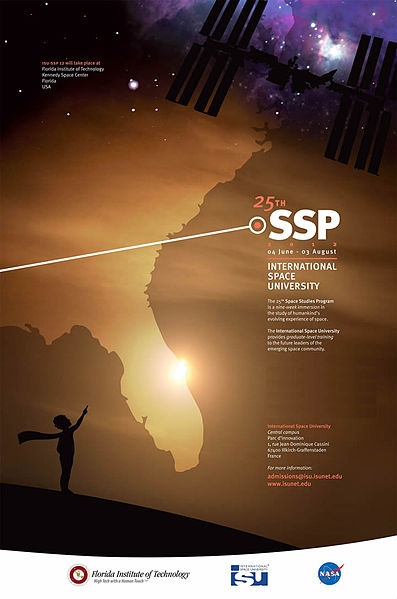 The next step of my #SpaceNomad adventure has begun and I find myself back in sunny Florida once more. In fact I was here just two weeks ago for the SpaceX launch, which sadly got delayed so I missed it. As you know by now, there aren’t many things that stand between me and rocket launches, but my awesome granny and her 90th birthday did take priority.

Over the last few weeks I’ve celebrated the UK’s 50th anniversary in space, dashed to Berlin for the ISS symposium, and launched my own mini Falcon 9 rocket. Blogs should follow, but I can already tell that the International Space University Summer Programme is going to be intense.

It’s so great to be surrounded by people with a shared passion for space. This feels like a cross between a space tweet-up and my first term at Cambridge. We’ve been told to get to know each other so we know the future leaders in the space industry, and I’m pretty sure that there will be some among us. It’s a great international group and they already feel like family – certainly the Miami crew who spent a few days getting to know each other before registration.

So far I know that the group is only 24% female (come on girls!), there are lots of engineers, LOTS of Canadians, and a few people who like to party*. I am the only journalist, but there is a Canadian glass artist who makes cool space glass. It’s going to be an interesting 9 weeks swapping skills and expertise with people from all over the world. I hope that I have something useful to offer the group. If nothing else I can introduce them all to the ways of Twitter!

Posted in SpaceNomad SSP12
No Comments Yet Posted by SpaceKate