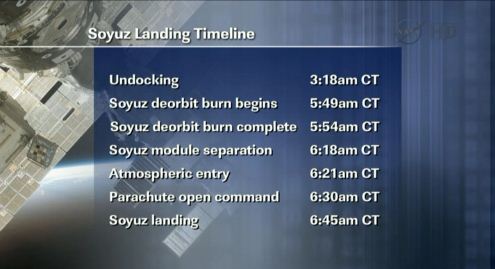 I’m letting out a big sigh of relief. There’s a tear in my eye. I’m an emotional wreck!

Anton is home. Back on Earth. I watched his and his Soyuz crew undock from the international space station this morning, conduct their deorbit burn a couple of hours later, and just over half an hour ago, TMA22 touched down in Kazakhstan.

I blogged about the landing last night, it’s a very different thing to watch that when you know one of the people that’s headed back to Earth. It sounds like it was a textbook landing, with one of the Russian support crew members apparently commenting in broken English that “we nailed it”.

As the landing time drew nearer I became more conscious of my heartbeat, and experience a slight butterfly sensation. Then the first parachute opened and I started to feel a bit calmer. We were able to watch the Soyuz capsule via the live pictures on NASA TV. 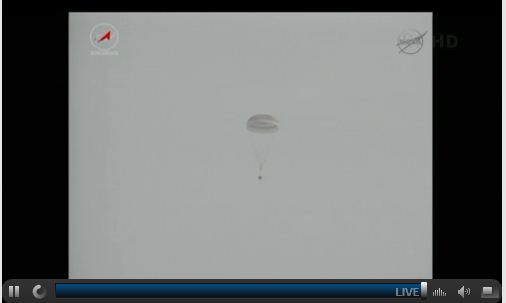 I held my breath for those last few moments, and then they were down. They landed so precisely that it didn’t take long for the resuce crews to reach them. Anton Shkaplerov, Soyuz Commander, was first out of the capsule. They gently lifted him free of the vehicle and placed him in a special reclining chair with a Roscosmos blanket.

How did he look? Was he okay? I needed to know. 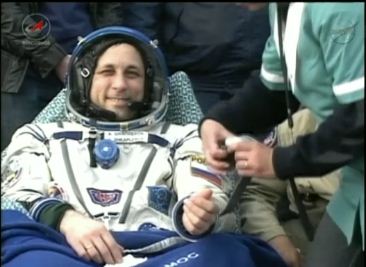 And then there it was. That Anton smile, with a little cheeky edge to it. He was home, he was smiling, I was smiling with him. He thanked his crew for their cooperation and seemed pleased with the landing. I’m so proud. I probably have no right to be proud whatsoever, but its the overwhelming feeling right now.

Anton’s home safe. I’m breathing a sigh of relief, smiling and wiping away a small tear, all at the same time. Welcome home my friend.

Anton, Dan and Anatoli what a journey you’ve had. Take it easy, you deserve a rest.

Posted in Events Opinion
No Comments Yet Posted by SpaceKate