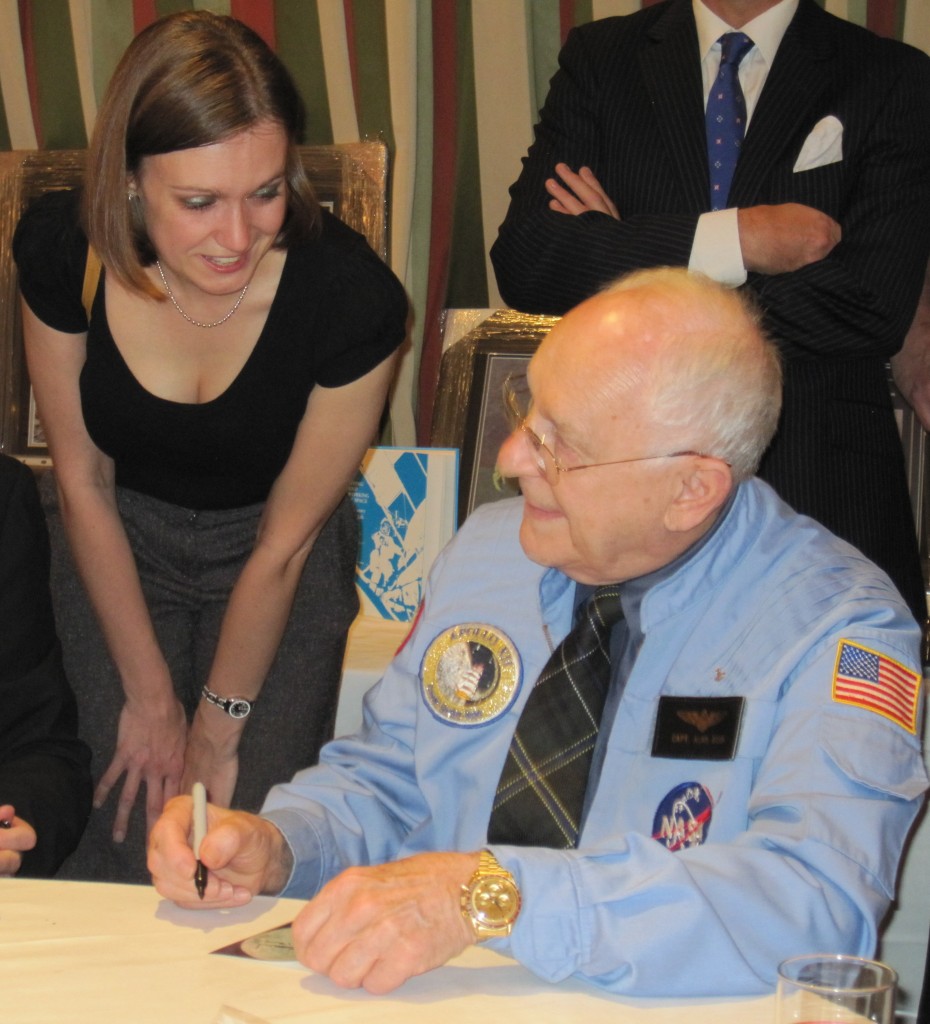 It’s Friday 11th October, 2013. I’m aching from a five and a half hour car journey from central London to Pontefract, but as I stretch my legs and make my way into the hotel, I’m already excited. Tonight I’m having dinner with a man who walked on the Moon.

Okay, so I’ve not got a private audience with him, and it appears that I’ve left my smart dress hanging up in my room in London, but who cares. I’ll be in a room, surrounded by people who love space as much as I do, and at the head table will be Alan Bean, the fourth human so step foot on the Moon. That’s exciting.

So let’s reel back for a moment, how did Apollo 12’s Lunar Module Pilot Alan Bean, come to be having dinner in Pontefract? It’s all thanks to Ken Willoughby, who has made it his mission to get Apollo astronauts to come and talk to children in local schools. In order to fund these visits, he puts on a dinner and a talk for members of the public – and what a delight they are.

We stand and applaud as our special guest enters the room, but fall silent shortly after as he takes a moment to say a few heartfelt words in tribute to Mercury astronaut Scott Carpenter, who sadly passed away the day before.

After this moment of quiet reflection, the buzz returns to the room. There’s a great atmosphere as people connected by a shared love of space swap tales of past events and close encounters with astronauts. Some remember the Moon landings, others wish we’d been alive to experience them first-hand, all of us appreciate their significance.

Alan Bean, Moon walker, explorer artist, says a few words about his morning routine. He’s up at 4.45am every morning, to brush his teeth, do some exercise and then get into his studio to paint. “It’s my duty” he says, “I thought if I could learn to paint well enough I could tell some stories that would otherwise get lost”.

“One of the things I loved about being an astronaut was that you are surrounded by people around you that thought you could do really good things if you were prepared to make a sacrifice”. He spoke of the thousands of people who worked to make the Apollo missions possible. Each of them was committed to doing a good job on their individual piece, even if it were just a tiny screw. They all wanted to be able to say “if anything goes wrong on your flight, it won’t be my part” says Bean.

“It just goes to show you what humans can do if they put their minds to it and are willing to sacrifice”. 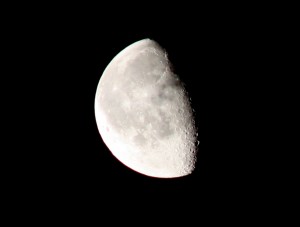 But what of his views on the Moon these days? “I look at the Moon and I think ‘was I ever blessed to be able to go to the Moon’”. There is a hint of sadness in his voice as he follows up saying “the Moon seems further away now than it ever did”. Bean seems almost unsure that it could be possible to go that far, and yet there he is, standing there as living proof that it is.

His footprints on the Moon are testament to that.