This is not my usual style of blog post, but I thought I’d have a play and try to capture some of the moments of my latest #SpaceNomad adventure – a trip to Finland for an ESA Space Weather Seminar and a chance to see the northern lights.

It’s wearing everything that won’t fit in your suitcase. It’s meeting new people in a tractor themed restaurant. It’s snow-closed airports and “wish you were here”s. It’s Norwegian Air and how to pronounce 6,000th.

It’s Santa Claus’s airport and snow glistening like diamonds. It’s clear skies and below zero temperatures. It’s thermals, tog-rated socks, space t-shirts, retro woollen jumpers, wind-proof fleece, body warmer and then struggle to zip up your coat. It’s turning down “the most northerly MacDonald’s” and having burritos instead. 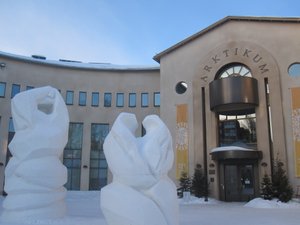 It’s walking on a frozen river and looking at the cracks. It’s overheating when you get back inside. 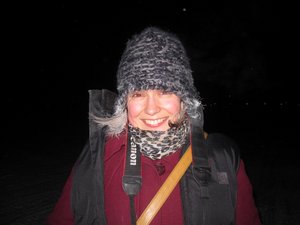 It’s the cutting edge of computing and star-mapping. It’s RTs and conversation.

It’s postcards for Christmas and Christmas in March. It’s one foot in and one foot out of the Arctic circle. It’s Santa’s house and let’s go meet him. It’s “how did he know that?” and okay we’ll buy the pictures. 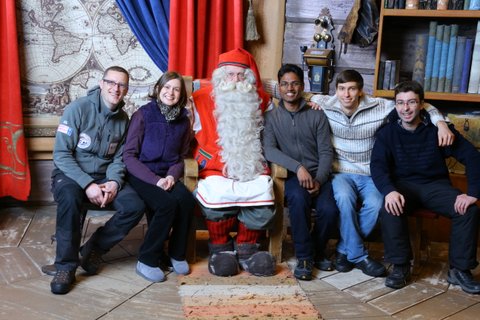 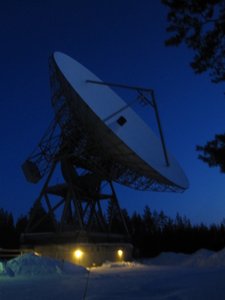 It’s grinning until your face hurts and running for lunch in a cafe. It’s reindeer hot-dogs and “I don’t think there is any reindeer in this”.

It’s bus rides and great conversations. It’s Sodankylä and the Finnish Meteorological Institute. It’s space situational awareness including space debris. It’s a 32m satellite dish and the all-sky camera. It’s squeaky snow that lets you know how cold it is. It’s sparkling wine with wooden cup holders and “Eating someone else’s reindeer”. It’s delicious warming soup. It’s wine and coffee and the “let’s go aurora hunting”. It’s the aurora house and a chair for a queen. It’s stories of fox fire and dead ancestors playing football with a walrus skull. It’s the science of space weather and its beautiful results. 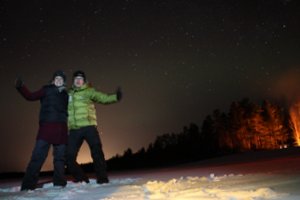 It’s “time for *all* your layers” and “wow, look at that!”. It’s 25 second exposures and excitement at the results. It’s a helping hand in the snow and “look! look! look!”. It’s a warming fire and very warming drinks. It’s Lappish wooden cups and limited edition space vodka. It’s connecting, friendship and toasting a new space station commander. It’s arcs of aurora and sinking into snow. It’s clear skies and awe. It’s magical, special, humbling and wonderful. It’s feeling alive and being glad to be the SpaceNomad. It’s indescribable, it’s breath-taking, it’s real, it’s “thank you all for being part of this” and “can’t wait until next time. 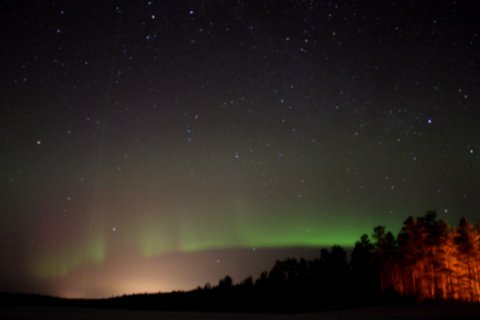 Want to learn more about Space Weather and ESA’s Space Surveillance and tracking? Listen to these interviews: