T-10 is the officially the “Most Inspiring App” in the 2013 NASA International Space Apps Challenge! The team are extremely proud to have won one of the top accolades internationally, and this post will tell you a bit more about the app itself.

T-10 from João Neves on Vimeo.

Designed to save astronauts time in space, T-10 allows astronauts to select the places that they would like to photograph and get an alarm at T-10 minutes before they fly over them so that they have time to get their cameras ready. The cool bit is that the app checks the local weather conditions on the ground before sounding the alarm, so if there are too many clouds, they don’t get bothered.

On top of this, when the astronauts signal that they are going to take a photograph, T-10 sends a message to all of the people using the Earth version of the app in that location telling them to smile! 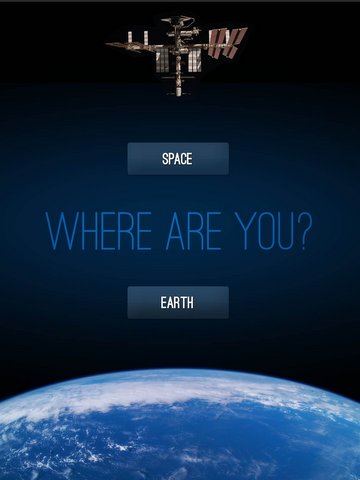 The idea behind the app is not only to save astronauts time, but to better connect them with people on Earth. The Earth app lets people know when the space station will be visibly passing overheard, and alerts them at T-10 minutes. If they press the button to say that they’re going to wave, the astronauts get a message to tell them how many people are waving from down below.

We will plot the waves on a map so you see where people are waving from (building on the idea behind #ISSWave in 2010), and encourage the astronauts to take photos of waving hotspots to reward people for their efforts.

The app was initially produced over a busy weekend at Space Apps London and consequently won a palce in the international judging. The small team, which consists of Kate Arkless Gray, João Neves, Ketan Majmudar and Dario Lofish have continued to develop the app and provisionally hope to launch it in July. Getting the app into the hands of the astronauts may take a little more time, but that is the aim.

We’re incredibly excited to have won one of the International Space App Challenge top awards and will continue to work on the app and negotiate with the space agencies to see if we can get it into orbit. 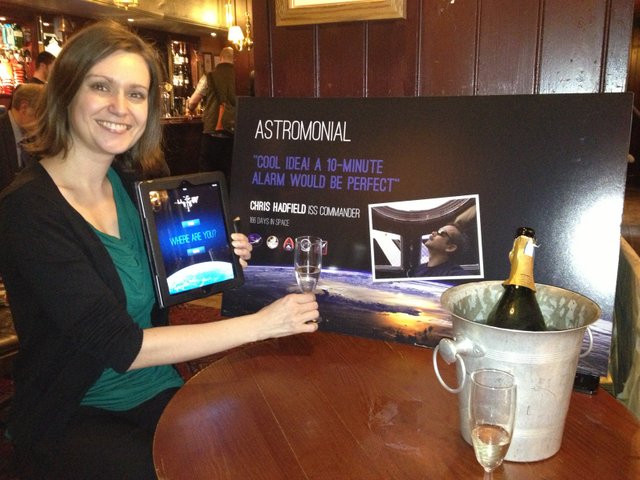 Future ideas for the app include connecting it with ISS Live so that the astronaut’s schedules can feed directly into the app and prevent the alarm sounding at times when they are busy, alerts for iridium flares and interesting whether conditions. We also hope to set up a system that allows you to easily share you photographs, and give you bonuses for the certain numbers of waves. Perhaps in future, we can arrange for those people who wave at a particular mission the most to receive mission patches and lithographs of the astronauts.

For now we’re focussing on getting the app ready to share with you, so if you’ll forgive the pun, watch this space! (Or follow @TeeMinus10 on Twitter!)

Posted in Cool
No Comments Yet Posted by SpaceKate