A Bad Week for Commercial Space 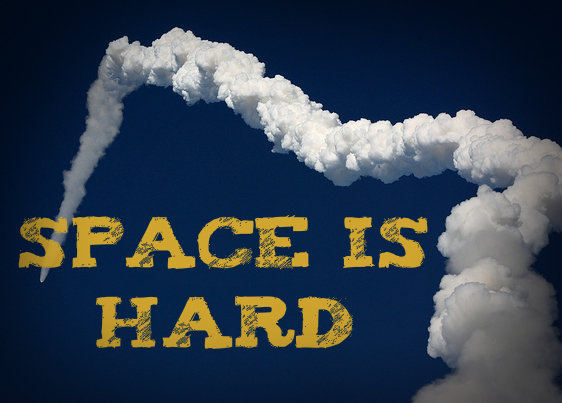 It’s been a tough week for commercial spaceflight. We know spaceflight is hard, but two stark reminders so close together really bring the message home.

Before I realised that space was “real”, before I met someone who actually worked for NASA, these stories might have caught my eye in the paper, made me gasp at the images, then floated away from my consciousness somewhat. Even when I went to see my first rocket launch, which was meant to be a shuttle, I was there for the excitement, the spectacle, the sight, sound, experience of it all. To see a mighty rocket lift off toward space.

I didn’t really think of the astronauts. I mean, they weren’t quite real, in the same way that NASA was distant and untouchable – like something from a film, astronauts were sort of like superheroes. Not quite real, so you didn’t have to worry about them, they were superhuman, untouchable, they exist like Father Christmas does… (We know he exists, but you’ll never actually meet him!)

But when I got to know an astronaut, and when I sat and watched as tonnes of rocket fuel were ignited beneath him on a rocket that blasted away from the confines of Earth, it was different. It wasn’t just a spectacular show – an amazing human achievement, an exciting thing to watch – it was terrifying. We say we know that spaceflight is hard, but then we act as though it isn’t. Astronauts aren’t scared, things are nominal, *another* successful launch etc. But when you know someone on top of a rocket, you’re keenly aware that this stuff is hard. Really hard. It is risky.

You remind yourself your friends have trained for years, that they are smart, prepared, that they understand the risks etc. You tell yourself it will be okay, but until you see them safely on orbit, or back on the ground, you are intensely aware that spaceflight is hard.

Busy editing some audio from the International Astronautical Congress, I was a few seconds late getting NASA TV to load so I could watch Orbital’s Cygnus launch on October 28th. When the feed finally loaded there was just fire everywhere. “That’s not good” I thought, immediately. You don’t want to see that much fire after a launch.

There was silence. And fire. This was bad.

I scrolled back through the tweets in my feed. It was spooky. The usual crowd getting excited about the countdown, sharing the livestream link with others, then “LIFTOFF!”, “Go #Orb3″, “Cleared the tower! :D”, followed by “Shit!”, “omg”, “oh crap”. Fifteen seconds into flight there was (in space speak) “an anomaly” – a catastrophic failure to you and me – and the range safety officer made the call to destroy the rocket to minimise further potential damage.

I sat listening to the livestream as the commentator struggled to keep sounding calm and find enough things to fill the airtime, giving what little information they had at regular intervals. But what was there really to say? The third launch of Orbital’s Cygnus craft had ended in a matter of seconds. Burning debris told the rest of the story.

We heard the comms loop as people were told to keep all their notes, data, anything that might help the investigation. Then there was the silence, nothing but the sound of the wind and the sight of the launch complex with fires burning all around. 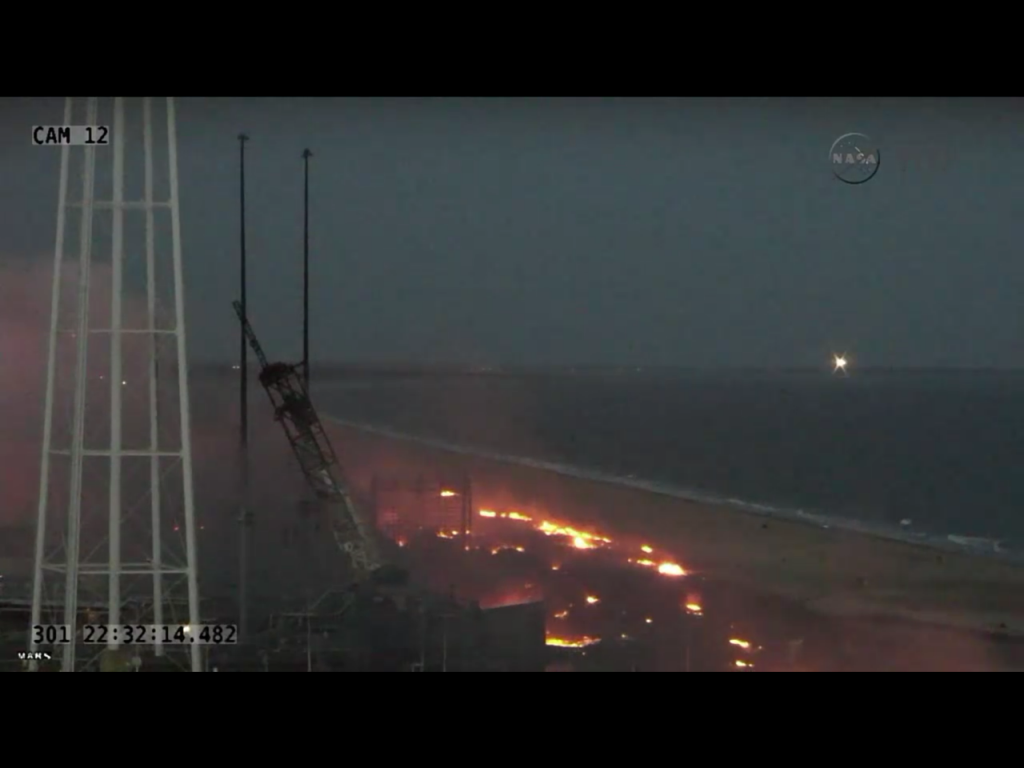 I was in shock. I was used to coming online for a launch, chatting with fellow space fans from around the world, and watching as rockets lifted off in a blaze of glory.

Thankfully this wasn’t a crew launch. We had confirmation that staff at the launch site were safe. What was lost was the payload destined for the ISS, numerous satellites (including those from a friend’s company) and the work of hundreds, more likely thousands, of people.

Previously I would have felt no real connection to any of this, but having followed the progress of commercial companies delivering cargo to the ISS, and with friends at SpaceX, I felt a real sadness on behalf of all those trying so hard to make this work – to see all your hard work destroyed in a matter of seconds must be heartbreaking. Thank goodness no-one was hurt.

Spaceflight is hard, and when we get it right it’s something to be proud of, but we must never forget how hard it really is. My heart ached for the space family so many hopes, dreams and hours of work went up in smoke.

I went on holiday for a few days, disconnected from the internet a bit, had a break. Sitting ready to go out for some dinner my friend suddenly said “what? SpaceShipTwo has crashed”. 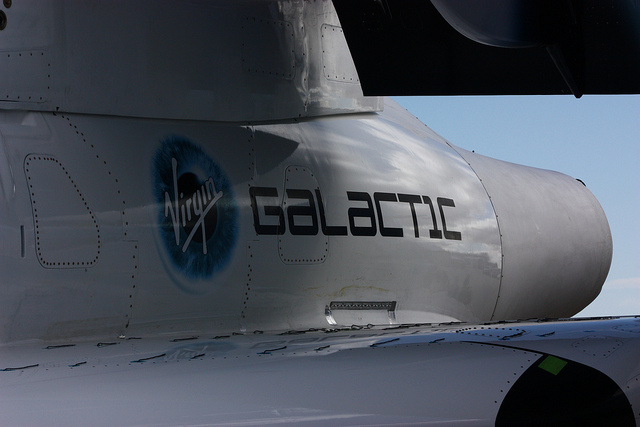 I felt a chill down my spine and went to find out more. Sure enough the news was just breaking on Twitter – not just a crash, but a fatal one at that. One pilot lost, the other’s status unknown.

Another commercial space disaster, this one including a loss of life, it felt too much.

I know people at Virgin Galactic. I’ve met one of their test pilots – was it him who had died? (Actually it turned out he was the survivor.) How must they all be feeling? The small space community at Mojave Air and Spaceport, were they all okay?

The commercial space sector, just learning to walk by itself, had taken another painful tumble. 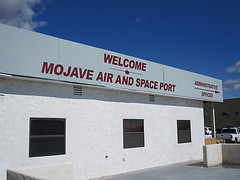 Space is real. I think it’s hard for many people to grasp that unless they’ve been touched by it in some way – in the same way the realities of war are lost on those of us listening to reports on the news as we wake up. But it’s real to me these days and the past week has been tough.

I’m sending good wishes to the pilots’ families, all those at Virgin Galactic and Orbital, those involved in commercial space and to the whole space family. It is like a family, you may argue with traditional parents or squabble with rival siblings, but when it comes down to it, you want everyone to succeed.

There will be many months of investigation into both of these events, and it is right that serious questions are asked, lessons are learned and we move forward. For now though, I offer my support and best wishes to all those in the space family who need them. Space is hard, this has been a hard week, but we choose to do these things, not because they are easy…

I hope that those people involved can pick themselves up again, and continue the endeavour to reach for the stars. As rocketry pioneer Konstantin E. Tsiolkovsky once said, “Earth is the cradle of humanity, but one cannot remain in the cradle forever”. We’re just learning to walk, there will be other hurdles to overcome, but the only way we’ll do this is to do it together. My thoughts are with you all.

1 Response to "A Bad Week for Commercial Space"