Today is a day we make history. After a ten year journey to comet 67P Churyumov-Grasimenko, the Rosetta spacecraft said goodbye to its washing machine-sized lander Philae, which is now on its way to attempt to land on the odd-shaped comet.

This is something that has never been done before – never even been attempted before. It is groundbreaking, exciting stuff.

While it’s being referred to as a comet “landing” – and I’ve even heard people describe Philae “kissing” the surface of 67P as it drops gently down on the surface at a speed of 1m/s – it’s a bit more dramatic than that, as Mark Bentley once explained to me.:

listen to ‘Mark Bentley (@msbentley) on harpooning a comet: Rosetta is cool!’ on audioBoom

The legs of the lander have shock absorbers to minimise the risk of it bouncing back off the comet into space due to the low gravity on the comet. The Philae lander is then going to have to use hold-down thrusters and harpoon the comet to anchor it down. (I hope no-one tries kissing me like that!)

Will it succeed? We don’t know.

What we do know is that in getting this far, past so many difficult hurdles, the Rosetta mission has already been a triumph. The team has successfully awoken a spaceship that’s been hibernating for years, manoeuvred it to orbit a comet, and collected incredible images of the surface.

The animations of Rosetta and Philae’s incredible journey have brought the mission to life for thousands of people and at 5am this morning, over 30,000 people were tuned in to a live stream showing nothing more than a virtually empty control room. 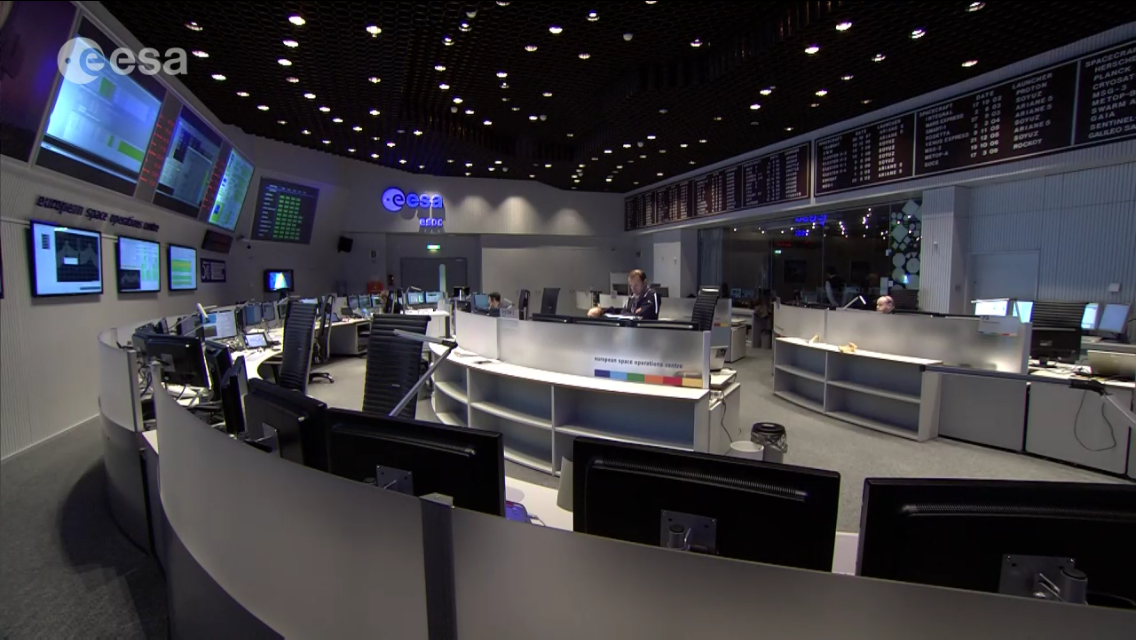 People are excited about this, and rightly so – it’s a great achievement already. Let’s hope we witness a successful landing this afternoon, but whatever happens, we mustn’t forget that ESA is making history, and we’re are witnessing it unfold in real time. Now that is exciting.

Follow #CometLanding on Twitter to be part of the global community watching this piece of history. @ESA_Rosetta, @Philae2014 and @ESAoperations will bring you the latest news on Twitter throughout the day.