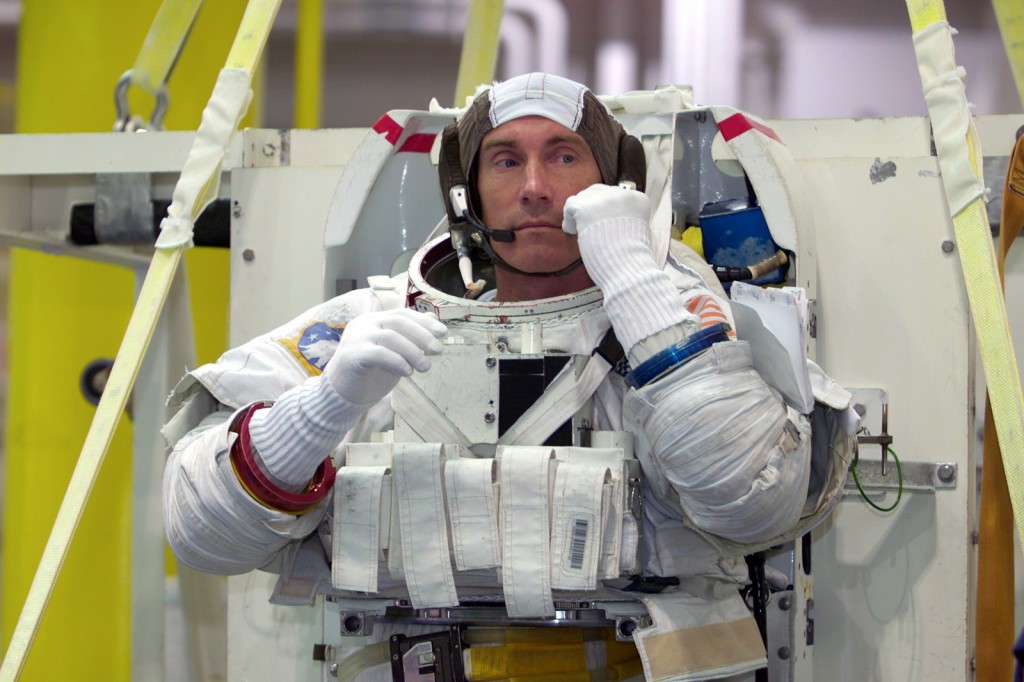 Sergey Krikalev is a softly spoken, humble gentleman. Meeting him, you wouldn’t guess he’s been awarded the highest accolades of both the Soviet Union and Russia – he’s a hero of both. With six spaceflights and eight spacewalks under his belt, he was, until very recently, the holder of the record for most time spent in space – over 803 days…. That’s more than two years spent orbiting the planet. But “I didn’t do it for the record” he says. 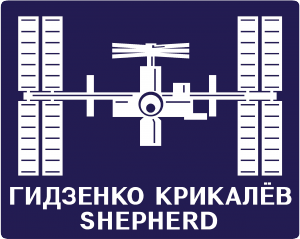 As if that’s not enough, he was the first Russian to fly on NASA’s space shuttle, was part of ISS Expedition 1 – the first construction mission, and is also sometimes referred to as “the last Soviet” on the basis he left the USSR for space, and by the time he came back to Earth, it no longer existed!

I first met Sergey at a conference about the International Space Station, held in Berlin in 2012. It was a fascinating event, with representatives from the major ISS partners discussing the benefits of the space station, what an incredible feat of engineering and cooperation it is, and sharing some of the science that had come from it.

My friend, cosmonaut Anton Shkaplerov, had just returned to Earth from a six month stay aboard the ISS, his first trip to space. I was keen to hear how he was doing, and after a presentation Sergey gave, I went up to ask him, as head of the cosmonaut office, if Anton was okay. He was fine I heard, and I made way or all the autograph hunters wishing for Sergey to sign their programmes.

It was only really then that I realised that I’d spoken to quite the legend in spaceflight (or indeed any) terms, and I wished that I’d been able to talk to him some more.

A little later during the conference, at a dinner at a local museum, I found myself walking round the collection of communication instruments and old telephones with Sergey. He was keen to learn about things, to take everything in, and he enjoyed walking and talking. I learned about his past as an acrobatic pilot – a national champion no less – and was keen to hear more about his time in space.

He’s humble, fascinating, incredibly smart, and there is a sparkle in those blue-grey eyes as he makes a little joke here and there. I ask him whether they ever had vodka in space. “Vodka in space is bad” he tells me, and I’m not sure if he’s reprimanding me for suggesting that they might be daft enough to risk mixing the highly technical environment of a space station with alcohol. He follows up by saying “but Cognac…”- he gives me a smile and says no more. 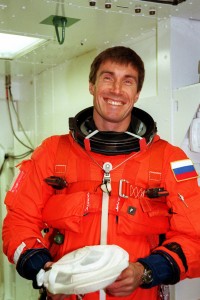 Like many Russians, Sergey usually looks serious, concentrated. I look through images of him in space, and even there, as he floats around and enjoys the view of Earth, there’s only ever the hint of a smile – except one picture, where he’s dressed in an orange ACES suit, ahead of his space shuttle mission I suspect, grinning widely. I ask him why that is, why he doesn’t smile more, and he tells me that Russians smile when there is a good reason to smile.

It’s been three years since I last saw Sergey – his visa for the International Astronautical Conference in Toronto last year didn’t come through in time – so I’m pleased to see him in London at the opening of the new Cosmonauts exhibition at the Science Museum. He sees me, and smiles. I’m happy he still remembers me. What follows is the best tour of an exhibition charting the birth of the space age that you could wish for, until he’s whisked away for a VIP dinner by some important looking Russians (who I later find out are the Head and Deputy of the Russian space company Energia).

He points out the Soyuz engine at the entrance, tells me about the sample return mission to the Moon that the Russians carried out even before the US made it there. If you listen to the experts at NASA, they will tell you that all the Moon rock on Earth belongs to NASA – they are the only ones who brought it back. Perhaps that is correct, but we shouldn’t overlook the fact that the Russians also managed to bring back a sample, I’m guessing it’s a small amount of “regolith” or Moon dust – so technically not Moon “rock”. They still have it, explains Sergey, and much research has been done.

I discover he has a new role in the Russian space world. He’s working on future missions, looking at possible paths out of low Earth orbit, a post-ISS future.

I ask whether this is an area that the Russians are looking into alone, or as part of a new international collaboration, and he tells me that this is an international endeavour. “What about China?” I ask. There have been discussions, he says, but these haven’t come to much as it sounds as though China wants to collaborate on things that would help them, but not necessarily fit with the overall goals of other partners. 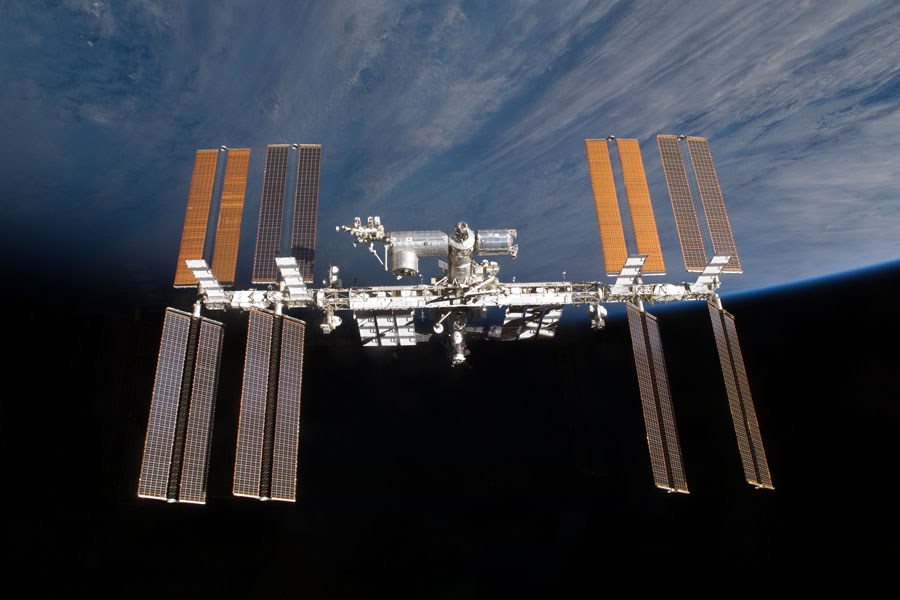 What about the ISS itself? While the US side is now considered “complete” – there are no more modules to add – Russia was planning to send a new module back in 2013. This never happened, but is still on the books, slated for launch in 2016. With a new module and docking port, could this make the Russian segment of the space station viable without the US side? (Currently the two halves are reliant on each other for a number of things.) He doesn’t think so, so it seems that when the partners decide to end ISS operations, it really will be the end of the orbital outpost that has hosted people for the past 15 years.

As part of the space station generation, I’m a little sad to think of it crashing back through the atmosphere, with anything that doesn’t burn up, likely laying on the seabed forever more.

But at least he’s thinking of the future, and despite much change in the upper echelons of the Russian space sector, he seems hopeful for the future and enjoying his work. I will be interested to see where it takes him, and of course, the rest of humanity.