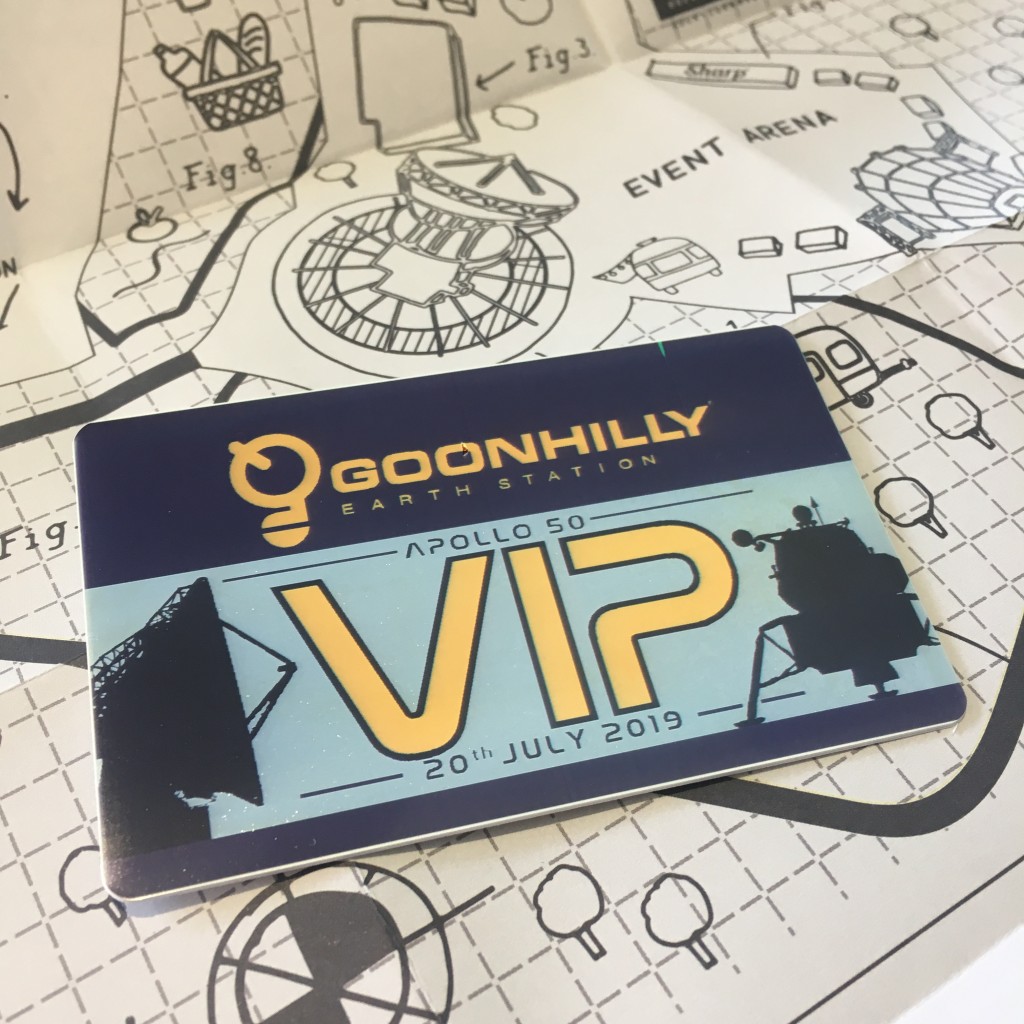 The 50th anniversary of the first human footsteps on the Moon seemed like a good thing to celebrate, and without the time/budget to make it to the US, I needed to find a celebration a little closer to home. What better place than Goonhilly Earth Station down in Cornwall for a day of space, music, author talks beer and even a quiz? 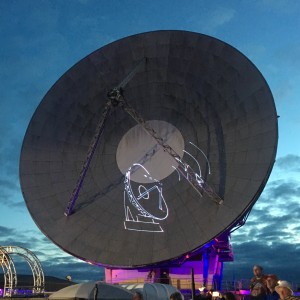 “Arthur” the dish that received the first live transatlantic TV broadcasts was the backdrop to the Apollo50 event, with a cool laser display!

Surrounded by large dishes, some in the process of being restored and upgraded to become ground stations (potentially for future Moon missions), we had a fabulous day. It’s amazing to think that when Ian Jones and his small team decided to rescue the Goonhilly site and bring it back to life as a commercial ground station there were trees growing through some of the dishes! It was great to see what they’ve got up and running already and hear plans for the future – and then there was Public Service Broadcasting, banging out some of their excellent space-based tunes from the Race to Space album. What more could you want? 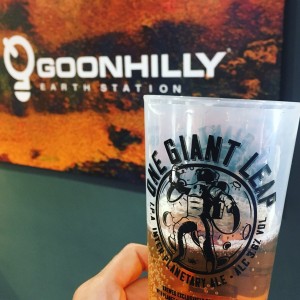 Well it was a sunny day – so how about a pint of “One Giant Leap” beer? Described as an IPA – Inter-Planetary Ale – it was brewed specially for the event by Sharp’s (a well-known Cornish brewery) and even used space-themed ingredients such as planet malt, and aurora and galaxy hops! They’d done an excellent job of designing the beer tap markers too.

With the Radiophonic Workshop playing bits from Hitchhiker’s Guide and the Doctor Who theme compilation it was a geeky paradise!

The pièce de résistance was yet to come though – a live Moon bounce (where you transmit a signal to the Moon and literally use the surface of the Moon as a giant reflector and pick it up again two seconds later) showed off what the Goonhilly facility is capable of. A chap even proposed to his girlfriend in front of the crowds, but the most wonderful bit for me was when they sent up clips of Neil Armstrong’s first words as he stepped off the ladder and on to the Moon back in 1969. This allowed us to hear his original iconic words, from the Moon, and that was a bit special. You can check out the video of that on my Instagram page!